7 Romantic Comedy Shows to Help Keep Our Spirits Up 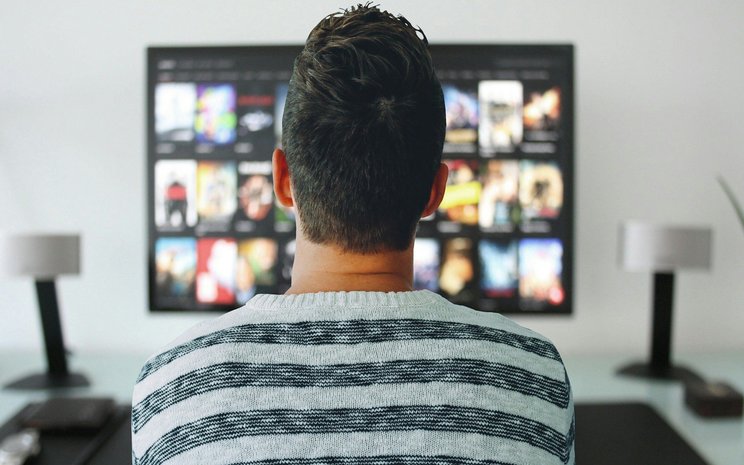 As we’re all still in isolation mode and missing the buzz of happy couples in our halls we thought we’d start the week with a round-up of some of our favourite romantic comedy TV shows.

We don’t know about you but in the middle of all of the stress that everyone is experiencing, we think it’s important to switch off and give ourselves a break from the 24-hour news cycle. What better way to do that than binge-watching some of our favourite TV couples fall in love?

If we’re talking about an easy watch, we have to start off with this classic. Whether you just pick your favourite episodes or re-watch the whole lot, if you’re in self-isolation with your lobster this is one way to pass some time. It has the Rachel and Ross love story and there are 10 seasons to get through so even if you already know what happens it’s a comforting way to get through a few hours.

We’re suckers for a ‘will they, won’t they’ storyline and Nick and Jess are two of the best to watch. There’s an excellent cast and it’s a nice easy series to get stuck into while you’re self-isolating.

We wanted to include a medical series but didn’t want to have everyone crying so we’ve avoided Grey’s Anatomy and picked Scrubs instead. It has lots of laughs, which we could all do with right now, and plenty of romantic storylines. It’s also got one of the best bromances in TV history with JD and Turk; we’re all for supporting our friends, especially when times are tough and these two always have each other’s backs.

We’re not proud of it but sometimes it’s nice to watch dysfunctional couples to make us feel better about our own relationships. With lots of us spending lots more time than usual with our significant others we’re putting this one into the mix to help us appreciate what we have.

Following one of the lead actors as he tracks down his ex-girlfriends with some less than great news, Lovesick manages to take what many would view as an awkward situation and spin it into a sweet story. With three equally strong leads and spanning three seasons, this comedy is another that’s worth your time.

If clever comedies with big musical numbers are your type of rom-com and you haven’t watched it yet we definitely think it’s time to give this a go. It’s packed with catchy songs and you’re bound to have at least one stuck in your head for a while. There’s great writing, lots of clever character progression, and four seasons to enjoy.

We’ve seen a few conversations online where people are wondering what it would be like to have to self-isolate with someone you’ve just started dating and it reminded us of this fantastic series from Sharon Horgan and Rob Delaney. It’s set in London but has a very Irish sense of humour, thanks to Horgan’s writing and has lots of relatable moments throughout its four seasons.

We know that we’re facing into a lot of time at home, so we hope our series picks help you to pass the time with a smile or two. If we’re left out your favourites, let us know in the comments so we can all share some laughs.

Join our mailing list to receive and receive a complimentary copy of our 2020 Wedding Planning Guide, as well as our latest event, promotions and offers.

Thank you, you have successfully subscribed to our mailing list. Please confirm your subscription to receive your complimentary 2020 Wedding Planning Guide. 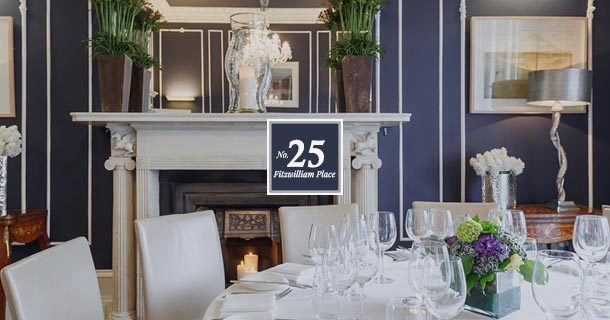 Join our mailing list to receive and receive a complimentary copy of our 2020 Corporate Planning Guide, as well as our latest event, promotions and offers.

Thank you, you have successfully subscribed to our mailing list. Please confirm your subscription to receive your complimentary 2020 Corporate Event Planning Guide.

To our customers and friends. We have taken the decision to close No. 25 Fitzwilliam Place until further notice.

On the back of the announcement from An Taoiseach, Leo  Varadkar last Friday evening our doors will remain closed until further notice. The health and safety of our staff and customers is paramount and we have made this decision for the protection of all those involved in our business. We want to play our part in stopping the spread of Covid-19 and urge everyone to take note of the guidelines provided by the HSE. These are uncertain times so please take care of each other and support each other as best you can.

If you have a booking with us and would like to discuss options and potential rescheduling please do not hesitate to contact us directly at your earliest convenience. Thank you

You have Successfully Subscribed!

We use cookies to ensure that we give you the best experience on our website. If you continue to use this site we will assume that you are happy with it.OkNo